I actually read all of these books last year but I’m finally getting around to reviewing them.

Spoiler warning for all of the books discussed. 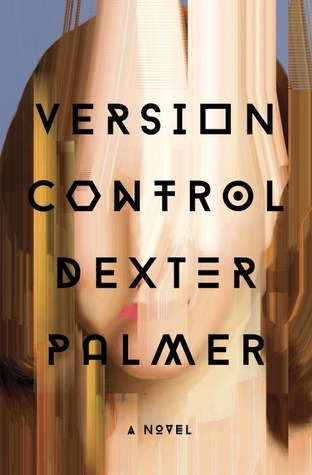 Version Control is one of my favourite books and this was my second reading of it. I first read it near the end of grad school and it contained many themes that I was personally interested in or related to: Rebecca’s “blackout season” (post-graduation unemployment slump), Phillip’s grad school depression, time travel, academia, and discussions about race/blackness in America.

One thing that appealed to me about Version Control’s handling of time travel was the video game aspect of going back and trying again. But, as one character points out, when you go back you don’t have the knowledge and lived experiences of your current self. If you go back and become your previous self again, what’s to say you’d do any better the second time? He discusses this in the context of living as a Black person in America, stating that history makes you who you are, and gives a visceral example of going back to times of slavery and predicting that they would lose their modern sensibilities and “revert” back to the mentality of being slaves.

I am no arbiter of “literary” “merit” but I will say that I can’t begin to articulate the affection I have for Version Control. I felt an excitement while reading this that I hadn’t felt in a long time. I’m glad I reread this, even though I was dreading reliving the memories of grad school. Next time I’m due for a reread I’ll probably finally buy a copy. 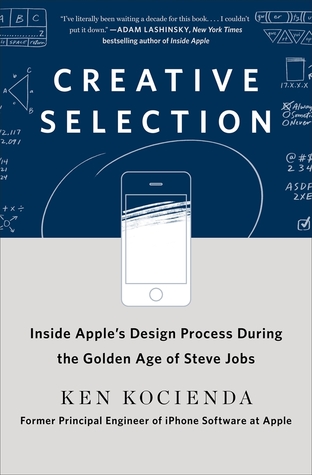 Reading Apple books and following people who talk about Apple is interesting for me because I don’t own or use many Apple products. Even though their products generally don’t appeal to me, I find their design and product decisions interesting, and compared to other companies they seem to do things with care and intention. (By this I mean design decisions seem to be made intentionally, rather than things falling together haphazardly as a result of compromises and accidents and historical decisions.)

I found out about this book from the Accidental Tech Podcast (<3) where they reviewed it. As John mentioned on ATP, demoing briefly to a god-like figure and them making a snap decision based on the limited information they have sounds like an anti-pattern, and doesn’t seem like a design practice that would be pulled off successfully in most places. It seemed like it worked for Apple in large part because Steve Jobs and other influential figures had good taste, which Kocienda does list as one of the requirements for success.

Every time I read accounts of people who worked at Apple, I am always struck by how badly Steve Jobs comes across, even though most of these people seem to have a positive opinion of him. In this account, he sounded emotionally abusive to the point of needling a handler (Henri Lamiraux, VP of iOS software engineering, being one example) to protect engineers: “He was a source of coolness that prevented us from constantly getting burned by Steve’s searing heat.” (p. 13)

One anecdote I enjoyed was the development of the iPad keyboard layout: they experimented with a minimal keyboard with bigger keys and a keyboard with a full-sized layout, and a toggle button complete with a bespoke morph animation to switch between them. Steve Jobs realized that only one keyboard layout was necessary, and asked Kocienda which keyboard they should go with:

Ken: “Well, I’ve been using these demos for the past few days, and I’ve started to like the keyboard layout with the bigger keys. I think I could learn to touch type on it, and I think other people could too. Autocorrection has been a big help.”

Steve continued looking at me as he thought about my answer. He never moved his eyes to anyone or anything else. He was completely present. There he was, seriously considering my idea about the next big Apple product. It was thrilling. He thought for a few seconds about what I had just said and what he had seen on the iPad. Then he announced the demo verdict.

What I particularly liked about this anecdote was the trust and respect and conviction they showed in decision-making, and accepting that making the “best” decision was the highest priority: “Bas never expressed any disappointment over his zoom animation getting deleted either. Seeing good work wind up on the cutting room floor was part of the job.” (p. 36)

There is a care in craftsmanship that shows in small details – an example is inertial scrolling, the bounce that occurs when scrolling to the end of a page or list. Another example is the following passage regarding the iOS autocorrection dictionary:

“As everyone on the Purple [iPhone code name] hallway used the software day in and day out, we made surprising discoveries about what the autocorrection dictionary should contain. We found we had to add a complete collection of hate speech to the dictionary and explicitly mark those words to prevent the software from ever offering them as autocorrections — imagine trying to type ‘nugget’ but narrowly mistyping the first vowel or the last consonant. We didn’t want to offer racial epithets as a ‘helpful’ aid, and we resolved that we would never provide software assistance for attempts to slur or demean.” (p. 196)

Finally, in a recent ATP interview with Phil Schiller, he talks about striving to do the “best”, not the most, the cheapest, the fastest, etc. Even if their products aren’t always objectively the “best” or most suitable for everyone, this is what makes them interesting to follow as a company. 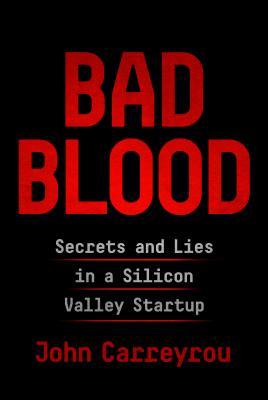 I highly recommend Bad Blood, the Theranos exposé book. It not only has stories of corruption and intrigue, but also has accounts of regular employees faced with difficult choices and deciding to stand up for what’s right in the face of abuse and threats from the company.

Since Theranos has been in the news lately, I won’t delve into specific incidents of their fraud and lies and terrible company culture, but instead I’ll generally describe the impression the book left on me.

There were many day to day employees at Theranos who genuinely seemed to be trying their best to do honest work. I’m conflicted about how to handle being in this situation – what do you do if you join a company genuinely believing in the company mission only to find out that the company is unethical and built on a foundation of lies? It seemed like many of these employees eventually quit or were fired for disagreeing too vocally or too many times (in one extreme case a long-time employee had a downward spiral that led to him committing suicide). I get that Theranos is an outlier in terms of dysfunction, and that this leads to the more vague and less actionable philosophical question of how to live a moral or ethical life, but as a tech worker I think about these things often. What kind of products/companies could I tolerate working for, contributing to, furthering their reach and potential harm?

I was especially moved by the two junior lab techs who played a key role as whistleblowers; early in your career it’s easy (and often defensible) to keep your head down in fear of retribution. But I think it’s important and admirable to act in ways that are consistent with your internal beliefs (to a reasonable extent of protecting yourself) even if there are consequences, because your actions become who you are.